In reportedly more than 150 cities across 40 countries around the world, the World Wide Freedom March spanned continents in order to bring people out into the street, campaigning for decentralisation, collaboration, community, stability and peace. Localists took the front of a march in Manchester with a 16ft banner, to get one simple message out there: 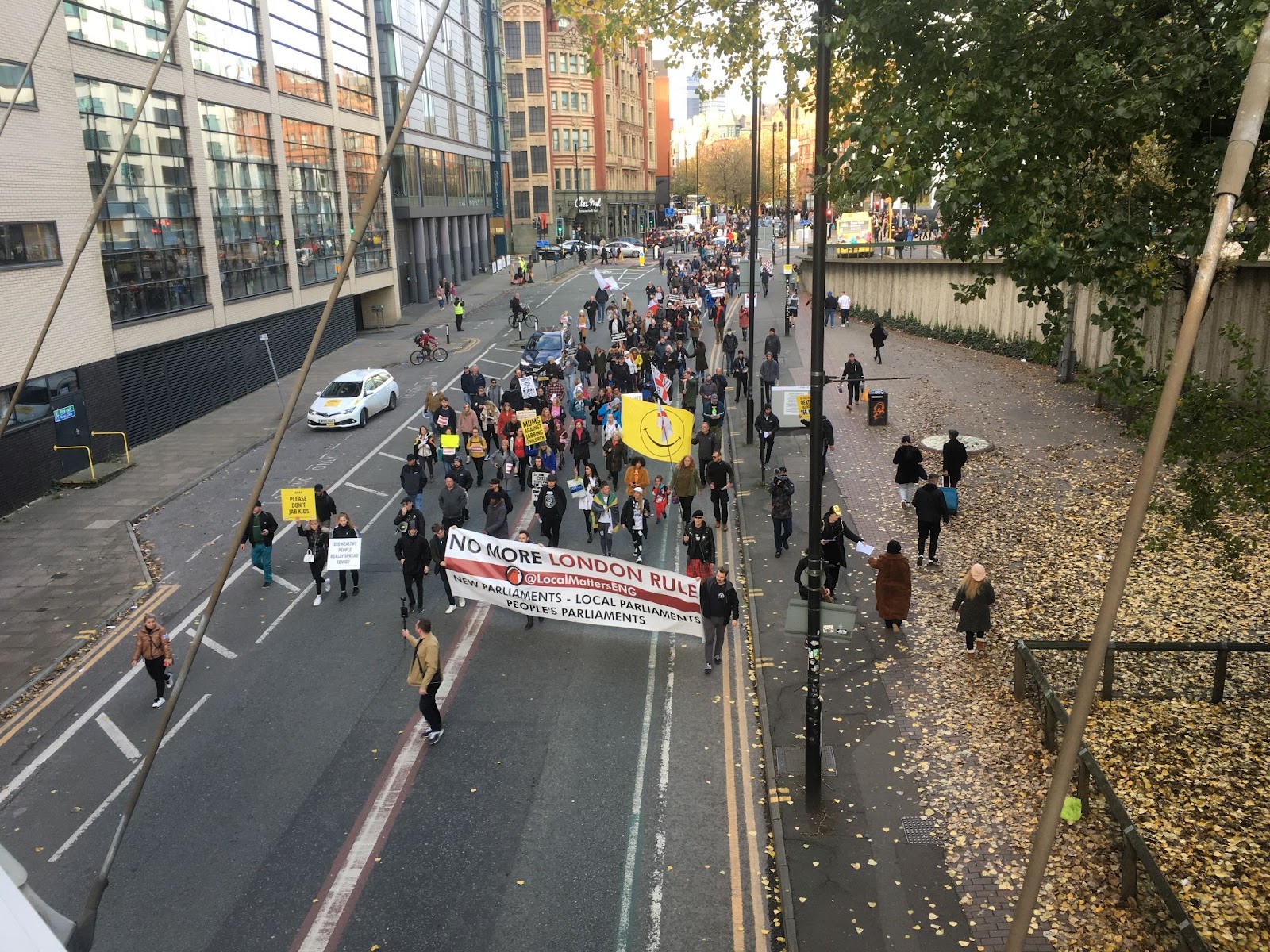 This demonstration comes promptly after the announcement of further lockdowns in Austria, alongside their government’s decision to become the first European country to make Covid-19 vaccinations mandatory, with fines and potentially a prison sentence for those who do not comply with the increased regulations. Many signs at the march in Manchester protested mandatory vaccines and further lockdowns – both of which are widely-undesired by the general public due to their authoritarian nature.

Protesting these issues is important, and it often highlights societal problems which many would also dislike, but may not otherwise take notice of. However, we attended this march not only to protest against these measures, but to present a solution to the ongoing crises of centralisation and overbearing authority. Without affirmative proposals, political action becomes little more than complaining to the wind, fatally hoping that the politicians we criticise will fix their own mistakes.

Change can only come when public opinion is swayed against our “representatives” in Parliament. This will only happen when the common voter is angry enough to put their faith in a third party, or even in a new system entirely. Anger will no doubt come as the average voter gains further knowledge, which is pushed by demonstrations such as the World Wide Freedom March. During these opportunities, it is vital that people are not only angry at the problem, but also hopeful for an alternative. At a time of unitarian and authoritarian false representatives, the solution is parliaments which are new, local, and of the people.

a:2:{s:4:"text";s:0:"";s:4:"show";i:0;}
We use cookies to optimise our website and our service. Accepting Cookies will ensure this webiste functions as intended.
Manage options Manage third parties Manage vendors Read more about these purposes
Preferences
{title} {title} {title}